I’ve been thinking long and hard about where I should raise my children. The seashore sounds great, but I’m not much of a water guy. They might be when they get older, but right now I don’t think they would get much benefit from it. I know I won’t.

How about the desert? Now there’s someplace I could get into. But, suppose they don’t like it. What then? It will be several years before they can have any say in the matter, and maybe by then they will see things the way I do.

I know. The mountains. I’ll bet they would like that. Too many trees for me, though. And then there are the bears. Maybe my children will want to climb trees and chase bears. I think they’ll have to wait until they’re adults to tackle those things, because they’re not getting a chance at bear chasing on my watch.

Right about now, you’re probably wondering what the hell I’m talking about. I’m old enough to have grandchildren. Heaven forbid if I would want to start another family at my age. That would wear me out. I would get closer to my deathbed faster than I want.

What I’ve been doing is thinking about what a young couple would be thinking as they ponder the idea of starting a family. Where would they want to raise their children? My guess is that they will opt for a location near other family members. But, is that the wisest thing to do?

Early this morning I came across an article about the best locations in the world to raise a family. What I learned was a revelation of sorts. Not really a shock, but a surprise at the rankings of the countries in the world.

Born and raised in the United States I would hope that my country would be number one. Not the case. Number two? Nope. How about in the top five? Think again. Top ten? Not even close.

Many factors went into the ranking. You can read the entire article for yourself: https://www.forbes.com/sites/laurabegleybloom/2020/07/29/best-worst-countries-raise-family/#5441f4747bec, but you better be quick about it. My guess is that the powers that be in this country will not allow this information to float around for long. But, who really cares, anyway? 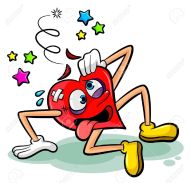 Allow me to summarize a bit. The author considered overall happiness, safety, human rights, health, education, and childcare costs to name a few.

Something that really didn’t surprise me was that the U.S. ranked very poorly when it came to safety. What didn’t surprise me much was where we stand with healthcare. We’re not as good as we claim to be, especially when it comes to mothers dying during childbirth. That one was a shock, though.

Let me stop right here. You can read the short article at Forbes for yourself. The author does a very good job of summarizing all of this information for you, and even points you to a place where you can find all of this information for yourself. What I am going to do, though, is reproduce the list of countries for you. You’ll have to read farther down the list than you can imagine to find this great country named. Happy hunting.

Best and Worst Countries for Raising a Family