I read that Mr. Trump wants to now call this partial government shutdown a strike. That got me to thinking. What is a strike, anyway?

Dictionary.com defines a strike as “a concerted stopping of work or withdrawal of worker’s services, as to compel an employer to accede to workers’ demands or in protest against terms or conditions imposed by an employer.” Yep, that’s what I always thought a strike was.

With that in mind, let me tell you about a couple of friends of mine. They both work for the Federal Government, each in different capacities.

Friend Two is a non-essential employee working for a different agency. He is sitting home not getting paid. Fortunately, his wife works in the private sector, and is working and getting paid.

The benefit that each of these friend’s of mine can see is that they have not had to pay for child care since the government has been shut down. Their bills are all paid for January, but when February comes around they’re not sure what’s going to happen. Like the majority of Americans, each of these families are living paycheck to paycheck.

Friend One is the vocal type. I just got off the phone with him and he, in very clear words, told me where he thought the President should put this so-called strike of his. He will admit that he voted for him, but, at the same time, he said that he would not do so again: once bitten, twice shy. 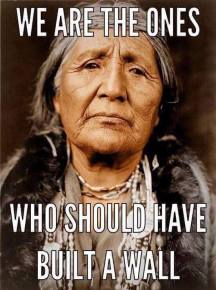 Friend Two is not the vocal type. He was more diplomatic with what he had to say about the strike. He told me that he did not vote for this President and it would be a cold day in hell if anyone thought he’d ever do so in the future: wall or no wall.

So, after reading what the President has had to say, seeing how dysfunctional the legislative branch of the government is, and hearing what my friends had to say, I want to ask you who’s really on strike, anyway? My friends aren’t. They want nothing more than to go back to work.

Maybe, after all these years, Mr. Trump has hit the nail squarely on the head. The government has been on strike for many, many years, and has finally gotten up the courage to admit it. The sad thing is that we need our government to work, actually do something for a change. Do you think we could pull a Ronald Reagan, and fire the lot of them like he did the air traffic controllers when they went on strike in 1981? We could hire scabs to fill the positions those elected officials hold, and get just as good, if not better, service.