“I saw this wino, he was eating grapes. I was like, “Dude, you have to wait.” (Mitch Hedberg)

Before I get started I want you to realize that there are countless variations on this mindless theme I am about to unload on you. You can come at it anyway you want. You 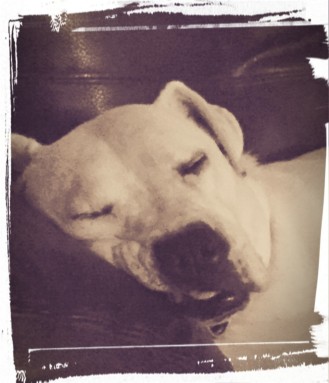 can even start early, like the wino that Mitch observed eating grapes. You might even sleep through it like Johnnie. The one thing you cannot do, though, is hide from it. Oh, I suppose you could quit reading right now and try not to think about it, but it’ll only haunt you as you go through your days, marching towards the inevitable end of time.

Life is nothing more than the outcome of having all your plans fall through. That’s what I want you to think about. Those moments of defeat define our short existence in this time warped life on planet earth.

What would your life be like if all of your dreams came true, all of your plans played out perfectly, and everything you touched turned to gold? That sounds awesome, doesn’t it? Keep in mind that some of the best sounds never garner a grammy.

Do you remember your first love? You just knew that you were made for one another. What a great life you would have traipsing through the sands of time with the love of your life by your side.

I remember back to when I was five years old. The love of my life at the time was Sammy. Sammy was a goat. He followed me everywhere, and I took care of him like he was going to be there day in and day out, until the end of time. Sammy wound up on the dinner table, and at the age of five my life was changed forever.

Then there was the little redhead that sat in front of me in third grade. I would daydream in class while staring at her pigtails. She looked so perfect. Her alabaster skin and sultry voice would create feelings in my body that I was just then learning about. One day she was gone. Her family took her away from me. I would never see her again.

Oh, how could I ever forget Mary Poppins? I remember sitting in the theater (they were large multi-seated affairs back then) that was packed to the rafters with mothers, fathers, and children watching my love give the performance of her life. Then along came The Sound of Music. I didn’t care for that movie, and it broke my heart that my love would even consider acting in such a thing.

I became forlorn and distant. Along came Jeannie and brought me back from the depths of despair. I’m now sure countless other boys dreamed of what a future might be like with that beautiful creature. They couldn’t outdo me, though. I was sure that Barbara Eden would step out of that idiot box that sat in the corner of our living room and let me take her away from it all. After a couple of years I came to the conclusion that such a thing was not going to occur. What a disappointment.

Then there were cars and girls, and girls and cars, and beer. I dreamed of winning every

race I could enter, and captivating every girl I encountered. I would have an entourage like nothing seen before in history. Then along came reality and drop kicked me through the goalposts of life. You see, about that time I grew up and decided I was going to have to come up with different plans. I was tired of being kicked around by life like the bouncing pigskin on a muddy football field. I was going to have to take matters into my own hands and create my own breaks.

I would say about as well as it did before I thought I could control my own destiny. I continued to make plans, and they continued to fall through. Life continued to happen, and there was very little control I could exert over it. Life did what it wanted while I rolled with the punches, and collected the bruises.

I hadn’t even left my teen years, yet, and already I felt like I had been dealt a lousy hand from the bottom of the deck. It was looking like I was going to have to cheat to win. That didn’t work out at all. My only option was to play the hand I was dealt to the best of my ability. The problem was that I knew not the rules of the game. I knew how to keep score. I knew I was on the losing end of the tug of war, and I was pretty sure I might be able to bluff my way through a couple of rounds of betting, but nothing more. At the time, I sure as hell did not know that playing in the game of life would wind up being a physical contest of attrition. Dreams and plans fell by the wayside while I plodded steadily down the path laid out before me, knowing not where it led.

Then I discovered the path less taken. I planted one foot in front of the other, turned left, 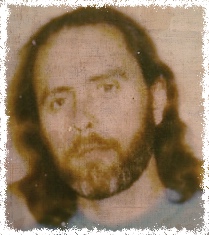 and walked blindly down a road littered with the carcasses of those before me; those who turned back, those who admitted defeat, and those who laid down after being beaten down, never to arise again. No, I was going to follow that road wherever it took me. What I didn’t know at the time was that it continually crosses the path I had just left, and how easy it is to step back onto the path crowded with the rest of humanity.

I’m sitting here contemplating that it might be time for another follicular adjustment, but with all this thinking I’m doing I just might have to put off that terrifying experience another week. There are plans to be made so that life can go on. Remember that life is nothing more than the outcome of having all your plans fall through. So, maybe I should make some outrageous plans, just so they can fall through and I can be thrust into into another dimension from which there is no escape. Could that lead to some extraordinary experiences? Or, would it only lead to more bruises and abrasions on a psyche that has weathered the storm countless times?

Okay, enough of that. I’ve decided that I’m going to do what I have always done—ride the tide of life through the waves of disaster. Isn’t that the best way to encounter those experiences that will define your past, present, and future? They’re somewhere down that rode less traveled. I’ll give you the details as time proceeds through eternity, while I walk that road littered with but a few footprints.

Before I go, though, I want you to think about a very important question—a foolish act, if you ask me, by a foolish person destined to be beaten to a pulp.

Should a man seek advice from a woman he has in bed about a woman he is trying to get into bed?

Think about that and get back to me.